Ashton and Betts McCombs founded SLS Community in 2016 to create an community with the supportive resources for neurodiverse adults to flourish, interact meaningfully with the broader community and find their own path to self-actualization. Their daughter, Anna, who is now a young adult, is on the autism spectrum and requires intense support to manage her behavioral concerns.

The lack of comprehensive services in Arkansas and nationwide caused the family to place Anna out of state at Kennedy Krieger Institute in Baltimore and the May Institute in Boston for four years away from home. Throughout that journey, they met countless families, many single-parent households, who had little to no resources for their adult child. Most struggled financially and too often felt at a loss on how to best support their child and take care of their family. SLS is committed to taking a percentage of the hardest to place adults, a dynamic that often stretches a family’s ability to cope on a day-to-day basis.

Like any parents, Ashton and Betts were struck by the disparity between the opportunities afforded Anna’s siblings and the lack of supportive services and infrastructure for Anna and other neurodiverse individuals to reach their full potential.

This journey stirred Ashton and Betts to create SLS Community in Fayetteville, Arkansas. This project is grounded in their personal experience, as well as the experience of other families they have met. The McCombs family considers Anna to be the true “Founder” of SLS Community.

Ashton passed away from a malignant brain tumor in November 2021. Ashton was a loving father and husband, a visionary leader, and an uncompromising champion of the neurodiverse population. He did not accept the current paradigm of services, opportunities, and inclusion for those with intellectual disabilities, especially those with behavioral issues. Ashton was also “Anna’s person” and had a calming effect on her like nobody else.

Although Ashton will not see SLS Community realized from an earthly perspective, the McCombs family and many incredible partners are devoted to building on the groundwork he laid and making his dream for Anna a reality for many.

SLS Community surrounds neurodiverse adults with opportunities to thrive through independence and choice and implements long-term strategies to open this multifaceted option up to all families. Support extends to family members and  professionals in service fields. We are implementing a comprehensive model that fuels an individual’s ability to contribute their skills, explore their dreams and find joy in everyday living. 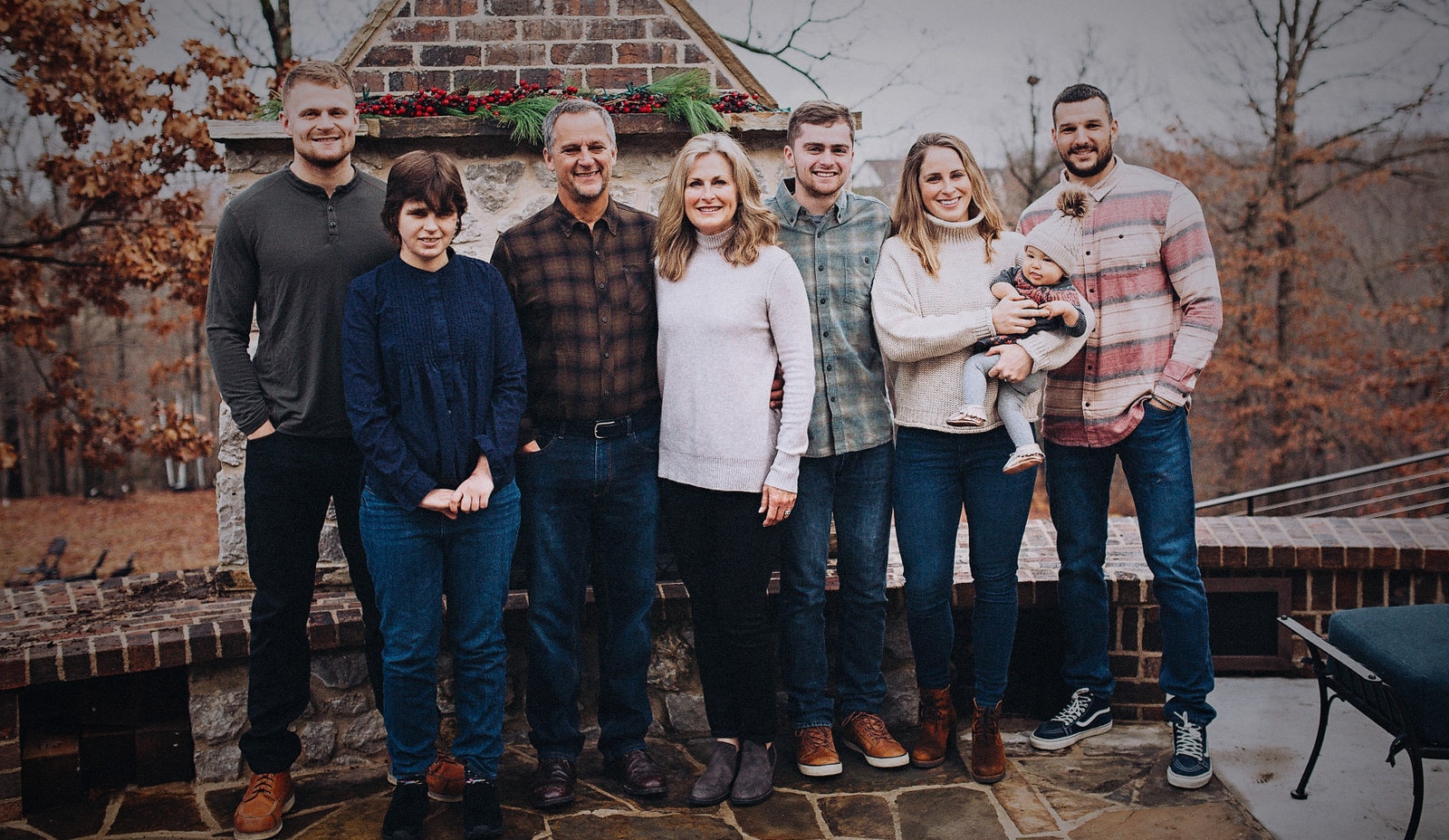 SLS Community was created in response to the needs of several individuals with family members who have developmental disabilities. Since its inception in Arkansas in 2016, the SLS team has grown to encompass a wide variety of individuals, including proven business and community leaders. 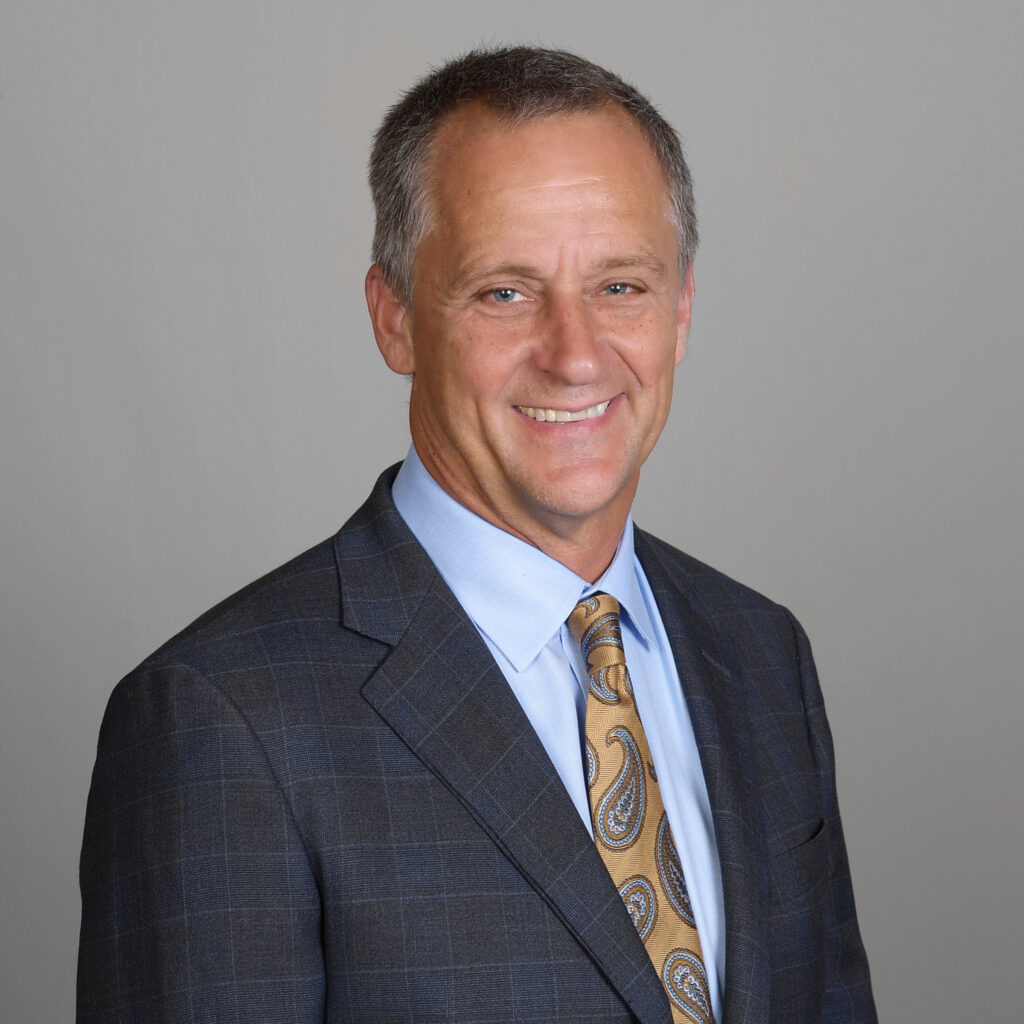 Ashton P. McCombs III, age 64, of Fayetteville, Arkansas went home to be with his Lord and Savior on Sunday, November 7, 2021.

Ashton lived a full, vigorous life brimming with service, spontaneity, vision, and action. He was born in Hamburg, Arkansas on March 20, 1957, the son of Ashton P. McCombs Jr. and Joyce (Denton) McCombs and brother of Mary (McCombs) Whipple. Ashton’s quick wit, good humor, and propensity for pranks were refined in his charmed Delta upbringing, filled with idyllic days on the family farm, fishing on Bayou Bartholomew, and legendary small-town antics that often involved firecrackers or frightening his beloved sister Mary. After graduating from Hamburg High School in 1975, Ashton received an appointment to the United States Naval Academy in Annapolis, Maryland. During his time in Annapolis, he was a member of the 23rd Company, played on the tennis team, and achieved a B.S. in History. As a proud graduate of the Class of 1979, Ashton was commissioned into the Navy as a Supply Officer. While in Athens, Georgia for training, he met the love of his life, Elizabeth “Betts” Singleton through several strokes of fateful serendipity, both naive of the adventures ahead. Ashton and Betts married on November 18, 1984, in Central, South Carolina, and started a family of four children. Ashton gave his family the gift of exploring God’s creation together by marching his rambunctious crew from Illinois to the Netherlands, and finally back home to Arkansas.

Ashton was a beloved leader and an archetype of American enterprise, work ethic, and unbridled optimism. After graduating from the Naval Academy, he worked 23 years for Nalco Chemical Company during which he rose steadily through the ranks to become General Manager overseeing one of the most successful parts of the company. In 2004, he co-founded Phigenics LLC with Jay Reading and William McCoy. Together, they set standards in the water management industry. They pioneered innovation to prevent disease and injury from waterborne pathogens and conserve water in facilities such as hospitals in all 50 states. In 2016, he and Betts founded SLS Community, a non-profit organization in Fayetteville, Arkansas with the vision of building an inclusive community for neurodiverse adults with vocational, residential, and clinical resources. As Ashton always said, the true founder of SLS Community is their daughter Anna. Her journey with autism has been an anchor for the family as well as the impetus for SLS Community’s enduring mission.

Ashton never knew a vision too large, an adventure too wild, a dull moment, someone in need he could not help, or a joke too bizarre (in his estimation). He had a gift of lighting up a room and making everyone he spoke with feel that they were the only person in the world, because to him, they were. He had boundless love for his family, deep curiosity for history, lifelong passion for music, and he satisfied his devotion to running by logging 1000 miles a year while somehow avoiding a single injury. Ashton followed his savior Jesus Christ his entire life and set an example of sacrificial love, abiding faith, humility, generosity, and courage until his final day on Earth. 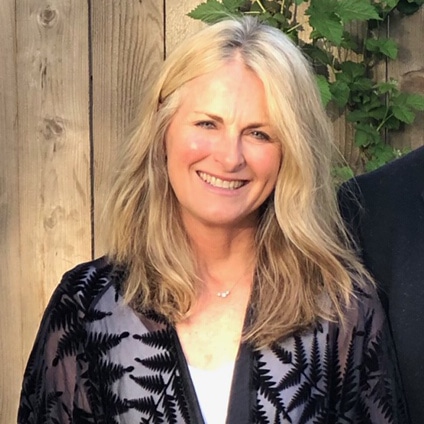 Betts contributes expertise to both the Phigenics and SLS teams on a project basis. As Anna’s mother, Betts is intimately familiar with the needs and potential of adults with autism and hopes and dreams of families, as well as the difficulty and isolation. The McCombs research into support, services, treatment and programs that foster self actualization brought them to the University of Chicago, the Cleveland Clinic, Johns Hopkins Hospital, Kennedy Krieger Institute and May Institute. She is passionate about helping all people live healthier, more well-rounded lives through food, physical exercise, relationships, and using their gifts. 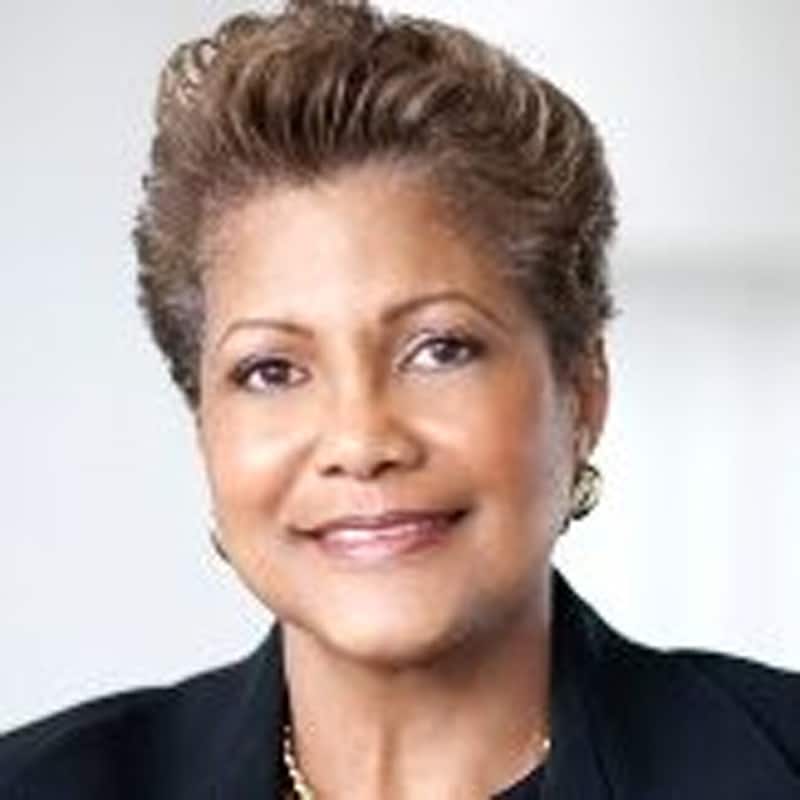 Marilyn B. Benoit, M.D. is the immediate past Chief Medical Officer/Chief Clinical Officer and SVP of Clinical and Professional Affairs of Devereux Advanced Behavioral Health (2011-2018). She is a Past President of the American Academy of Child & Adolescent Psychiatry (2001-2003). She attended Georgetown University Medical School, where she also completed both General & Child & Adolescent Psychiatry training. She has trained psychiatry fellows at all three medical schools in Washington, DC: The George Washington University, Howard University and Georgetown University. She is a Clinical Associate Professor in the department of Psychiatry at Georgetown University. She is also an adjunct Clinical Associate Professor in the department of Psychiatry at the Drexel School of Medicine. She holds a graduate degree in Health Services, Management & Policy from The George Washington University School of Public Health. She has served on non-profit Boards, including The Field Center of Social Work & Social Policy at the University of Pennsylvania, the Child Welfare League of America, the Alliance for Childhood,
which she co-founded, and Devereux Advanced Behavioral Health. She is an Advisor to BestKids Mentoring organization for youth in foster care in Washington DC from its inception 20 years ago. Dr. Benoit currently serves on the Boards of Chance Academy, a not-for-profit school in Washington, DC for underprivileged children, the Talisman Therapeutic Riding Center on Maryland’s Eastern Shore and SLS Community in Northwest Arkansas. Dr. Benoit is now focusing her professional activities on systems consulting in Behavioral Health, Organizational Management and Organizational Behavior. 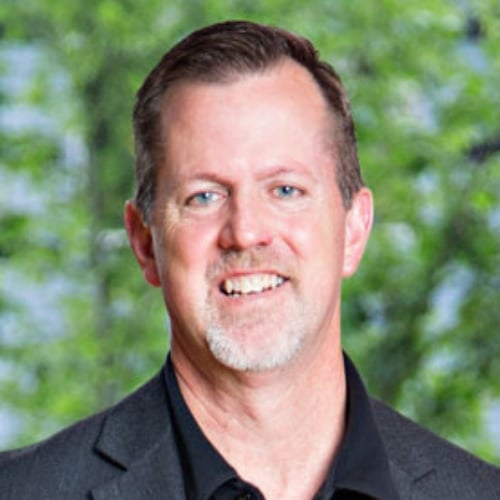 Jeff is a key leader in the state of Arkansas and in the Northwest Arkansas region. He is involved with the creation of a lasting venture/startup ecosystem. He is the Founding Principal of Startup Junkie Consulting. 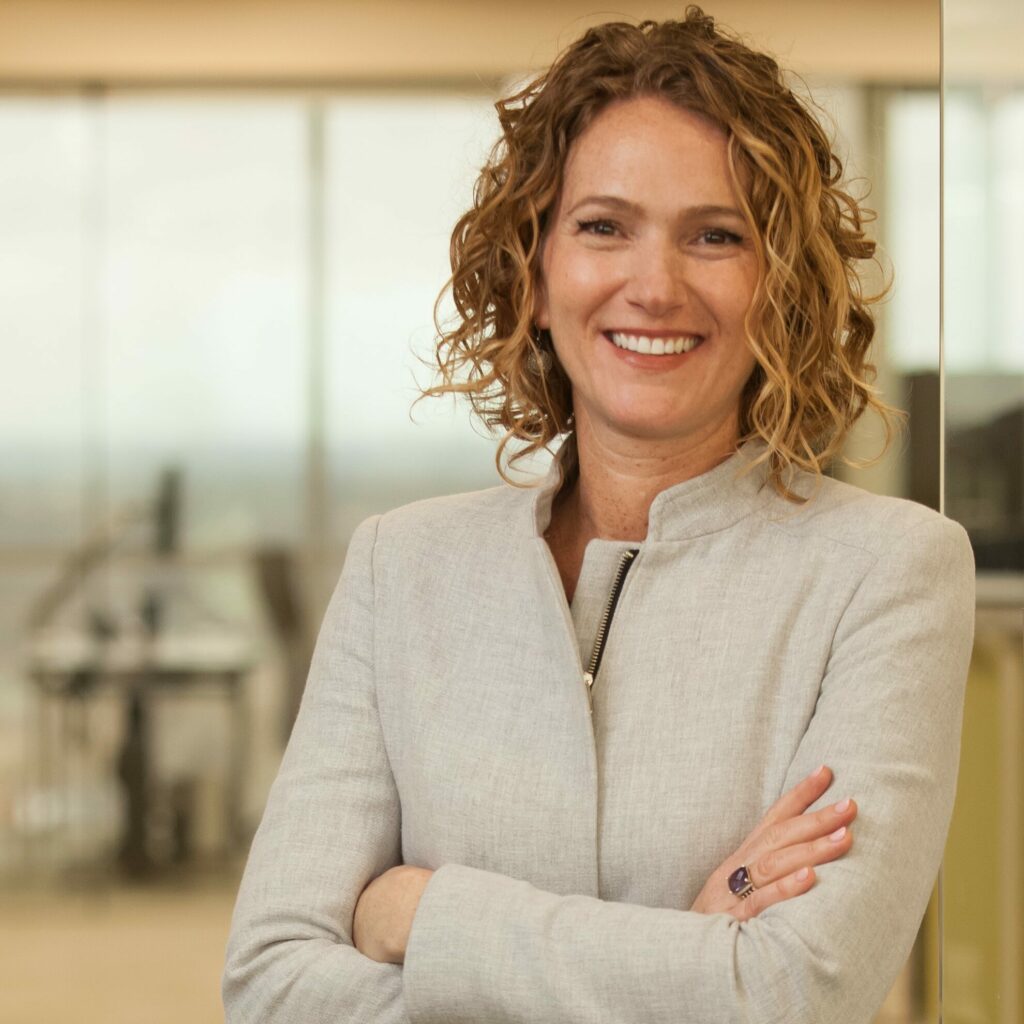 Tanya began her professional career as a recreational therapist, helping people with autism and behavioral disabilities enjoy life to the fullest extent possible. She developed ways to build relatedness and became responsible for hiring other therapists and training them in her process and approach. After multiple friends suggested she put her skills to work in the business world, she took on her first HR position with a startup e-learning company in San Francisco.
Tanya has had the opportunity to serve as director, global director, and vice president and chief HR officer for startups, portfolio, and multi-billion dollar companies. Most recently, Tanya founded bluvista, an international executive coaching and HR consulting firm. She earned a bachelor's degree in recreational therapy from Indiana University and an MBA from Northwestern University's Kellogg School of Management. 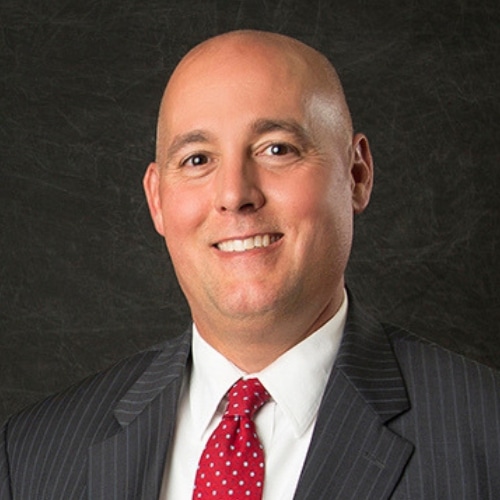 Cliff, with Friday, Eldredge & Clark, handles a broad range of civil litigation, including class actions, professional liability defense in the medical, legal and insurance fields, commercial litigation, product liability, construction, motor vehicle (auto and tractor trailer) and intentional torts. He has tried more than 20 complex jury trials in state and federal courts throughout Arkansas. A graduate of the University of Arkansas School of Law, Cliff is listed in The Best Lawyers in America for Bet-the-Company Litigation and Commercial Litigation and was named Lawyer of the Year 2016 and 2013. 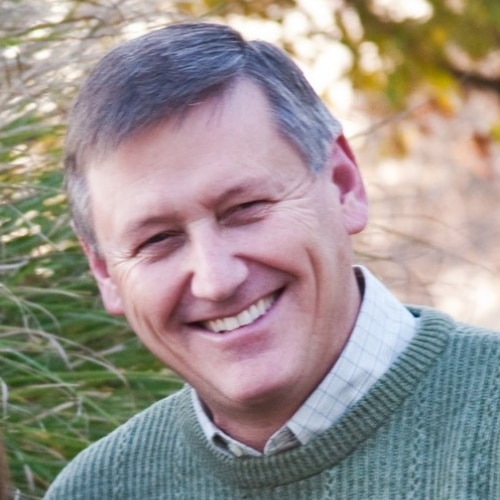 Randy served 33 years as Director of Housing at various state universities, including the University of Arkansas. He is also a former state representative. Randy and Pat’s daughter, Lauren, had Spina Bifida, and passed away in her twenties.
Staff 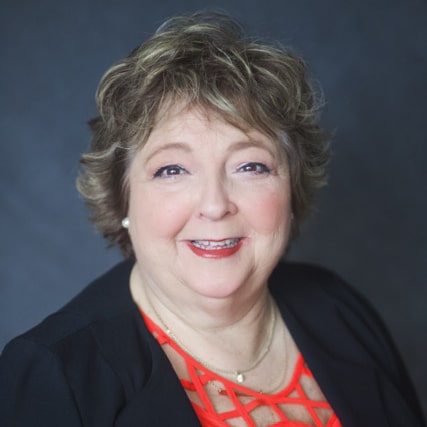 Mary Ann is a Board Certified Behavior Analyst and a Licensed Speech/Language Pathologist.
In Graduate School, she realized that her passion extended beyond the evaluation and
treatment of individuals with significant communication and social needs, broadening her
focus to include those with significant social, behavioral and cognitive differences. Mary Ann
has served this population as a member of two university developmental teams, a supervisor in
a residential facility, an at-risk infant/toddler consultant, a graduate level clinical instructor and
adjunct professor, as the coordinator of Vanderbilt’s Autism Program (Communication Sciences
Department), and as an independent Autism Consultant. Prior to becoming the Director of
Clinical Services at SLS Community, Mary Ann served as Co-Coordinator for the Behavior
Support Specialists (Arkansas Department of Education, Division of Special Education). She was
honored to serve on the SLS Community Board, as a charter board member and Secretary of
the Board between October 2017 and May 2019. Mary Ann is driven to develop professionals
who combine their passion for caring for others with well-honed skills. As a professional, she is
devoted to ensuring that every neurodiverse person has an individualized designed and
selected, purposeful place to play, work, and live.

Support lifelong success for neurodiverse adults and their families by making essential resources accessible to all.

Vision for the Future

Our vision is an innovative, replicable “live, work, play” community where residential, vocational, health and wellness, community, and clinical resources are accessible and affordable for neurodiverse adults to reach their full potential. 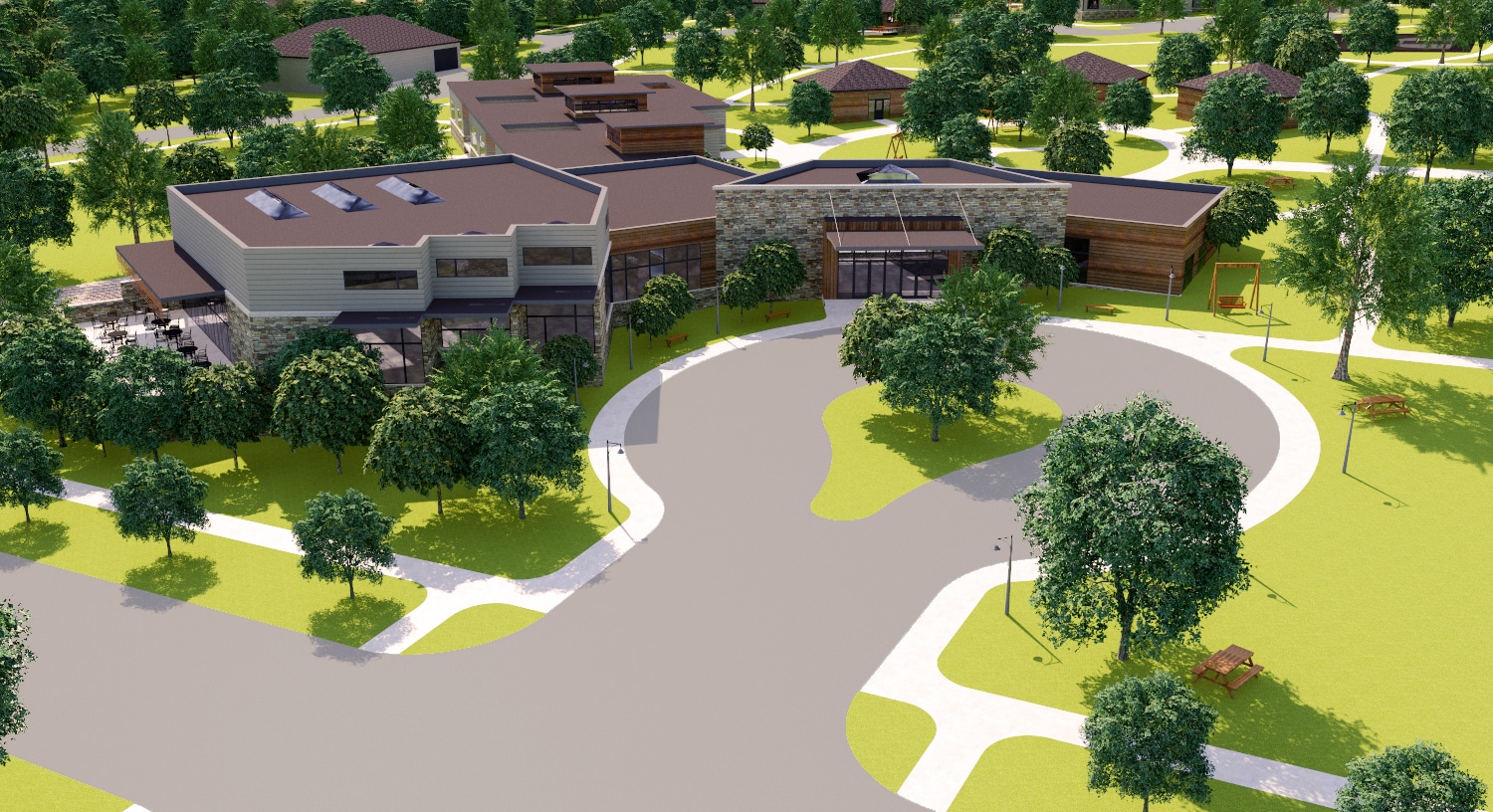 “SLS offers a highly interactive, human-centered project, creating housing, employment, recreation, learning, outreach and more. The May Institute is pleased to partner with SLS in developing this unique, groundbreaking approach for adults with intellectual and developmental disabilities.”

“We believe in helping one another in this city, which is why SLS is such an important project for Fayetteville. SLS is so much more than just quality jobs; it’s inclusive workforce development for a portion of the population that is highly underserved.”

“We must all participate in the movement to normalize the disability experience and increase awareness of the fact that those with “special needs” also have the same needs and desires of ALL humans... to love and be loved, and to engage in meaningful work, fully integrated in the community. What's lacking is simply the resources, programs and supports to make this dream a reality.”